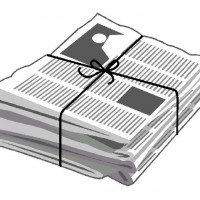 With the holiday season about to start, many of us will be contemplating flying to our chosen destination. However, despite the statistic stating that air travel is one of the safest forms of transport, accidents do still happen and you could be entitled to claim for aeroplane accident compensation.

Amelans have seen a definite increase in the number of aviation injury claims over the last few years so for this reason have set up a dedicated team to deal with these claims. Ross Whalley, who heads up this team, is an aviation enthusiast and uses his aviation knowledge whilst at work where he can specialise in such claims, assisting passengers who are injured aboard aeroplanes. He has run many aviation claims with considerable success and as a consequence of this is fully conversant with the issues and arguments that are often raised within this niche area of the law.

Aviation accidents are different to straightforward accident claims and are under the guidance of the Montreal Convention. This convention states that a carrier is strictly liable for injuries as a result of an accident that occurred on board the aircraft. The airline company will be liable to compensate you for your injuries without you having to prove that the accident was caused by the negligence of the airline company.

The time limit to claim under the Montreal Convention is shorter than for other accidents and it is therefore vital that you should seek immediate legal advice about whether you are entitled to make a claim for compensation if you have been injured in an aircraft accident.

Ross says “This area of the law is complicated which makes it even more important that if you have been injured in an aircraft accident you must consult an expert in this field.  Aviation accidents don’t just involve crashes, turbulence or bad landings. Many people aren’t aware that they can claim for injuries as a result of falling items from lockers, hot spilt food or drinks, slips or trips whilst aboard or when embarking or departing the plane, food poisoning from airline catering or even collisions with trolleys. At Amelans we have experience of all of these and have an established track record for obtaining the maximum amount of damages for our clients’ injuries.”

It may seem a daunting process to claim against such major companies but it doesn’t matter how large the airline is, if a duty of care to any passenger has been breached then compensation should be owed.