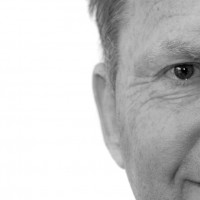 Startling figures recently released from the 2011 census state that 138,000 people living in England and Wales do not speak any English. Perhaps more surprisingly the second most reported main language after English was Polish with 546,000 speakers which equates to almost one per cent of the population.

There has been a sizeable Polish community in the UK since World War Two but it has become increasingly difficult to estimate the size of this Polish Community due to its transient nature. Some have settled here and have no intention of ever returning to their country whilst others are here to make some money and return as soon as is financially possible.

Although the majority of Polish people do speak English it can still be daunting if they find themselves having to deal with an unfamiliar legal system. For this reason Amelans Solicitors, Personal Injury compensation specialists based in South Manchester, have made it one of their goals to provide a high quality legal service to Poles in England and Wales.

Amelans has a specialist team of Polish speaking legal advisers in order to make the legal processes as simple and understandable as possible where compensation claims are concerned. The firm has set up a dedicated website in Polish where the claim can be dealt with initially on-line or by telephone but all in their native language – www.twoiprawnicy.com.pl

Andrew Twambley, Senior Partner at Amelans, said “ There should be no reason why language or translation issues should prevent the Polish people who live and work in this country from experiencing the same level of legal expertise as that on offer to UK citizens. We have an expert team that are fluent in Polish and can advise on any potential compensation claim quickly and efficiently and can talk through any aspects of the legal process that might seem complex.”